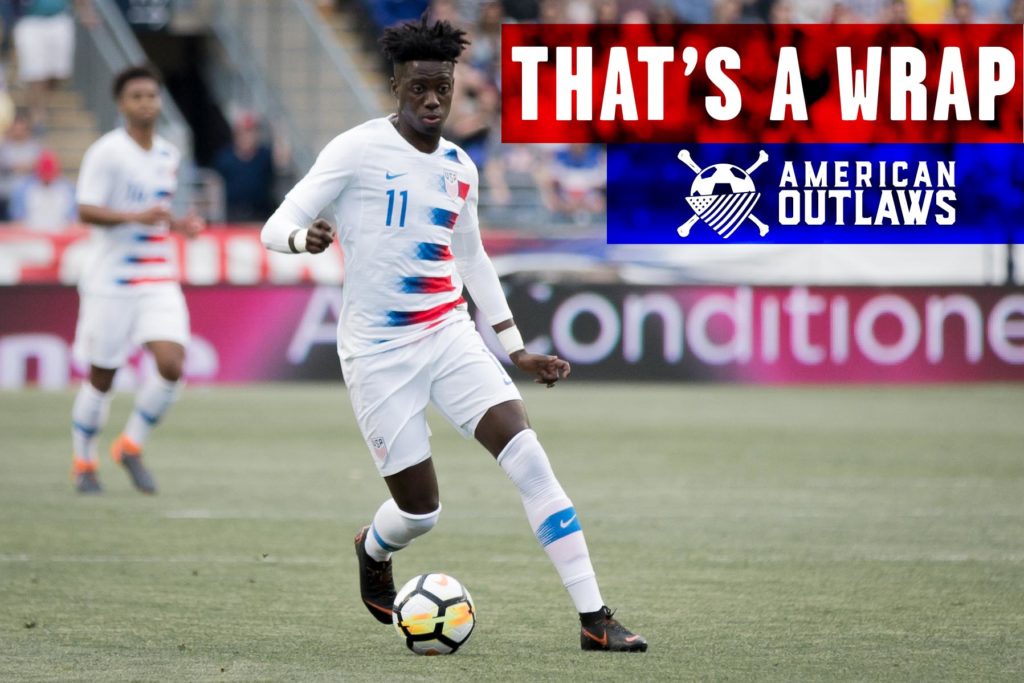 The USMNT youth revival hit a speed bump when they fell to fellow World Cup outsiders Ireland 2-1 on Saturday afternoon. Bobby Wood, the most opportunistic goalscorer in MNT history “go-go-gadgeted” his toe onto a ball just before halftime to tie the game at 1-1. But then the Irish snagged a the winner in at the stroke of 90 to secure the win.

After a cautiously optimistic win last Monday against Bolivia the MNT found a much sterner test in Ireland who bunched up the midfield and forced a lot of sloppy play from the youngins. Bill Hamid struggled mightily (to say the least) looking very unconfident in handling crosses from the start.

We’ve got “highlights”, recaps, and ratings all in one place for your “pleasure”.

“This game was not pretty and the young American players struggled in some important areas. But now is the time when things should not be easy for the team. Most of the players are new to the international stage and many are unfamiliar with each other. Some players are still new to the professional game.

What U.S. Soccer wants, is to see players get their feet wet and learn from every game. A win over a bad Bolivian team might be useful in terms of getting some confidence but a loss to Ireland raises the bar and sets a standard for what it takes to win on the road in Europe against an average UEFA team.”

“But in many ways, this match served its purpose, if for no other reason that to temper expectations a bit, and paint a sharper picture of where exactly the players on the current roster stand, even as they gained more experience. Certainly after the 3-0 cakewalk over Bolivia a bit of irrational exuberance ensued, though to be clear it wasn’t coming from caretaker manager Dave Sarachan, nor did it emanate from the players. But in the wake of Saturday’s defeat it’s clear that this group has a ways to go.”

“Monday’s good vibes got a firm, and probably useful, reality check against a sturdy European side here, with the US looking greener than their opponents’ kits at times as they struggled to cope with Eire’s pressing and movement.”

Adnan Illyas (Stars and Stripes FC) – “What We Learned”

“All told, this was a painful, but probably necessary experience for these players. There will be times when the team will need to be able to grab a goal and grind out a result. Against Ireland, they couldn’t. But steps like this help pave the way for better performances in the future. And, to be honest, it’s hard to say that a more senior team would have done better. The last time the USMNT played in Ireland in 2014, they got pasted 4-1 in a superbly dispiriting match, despite a line up full of senior players. I think it’s best to say that things will get better again. The kids will learn from this and be more cohesive as a result. Progress is not guaranteed and it is not always linear. But, hopefully, progress was still made.”

Community Ratings (YOU VOTE!) from Stars and Stripes FC