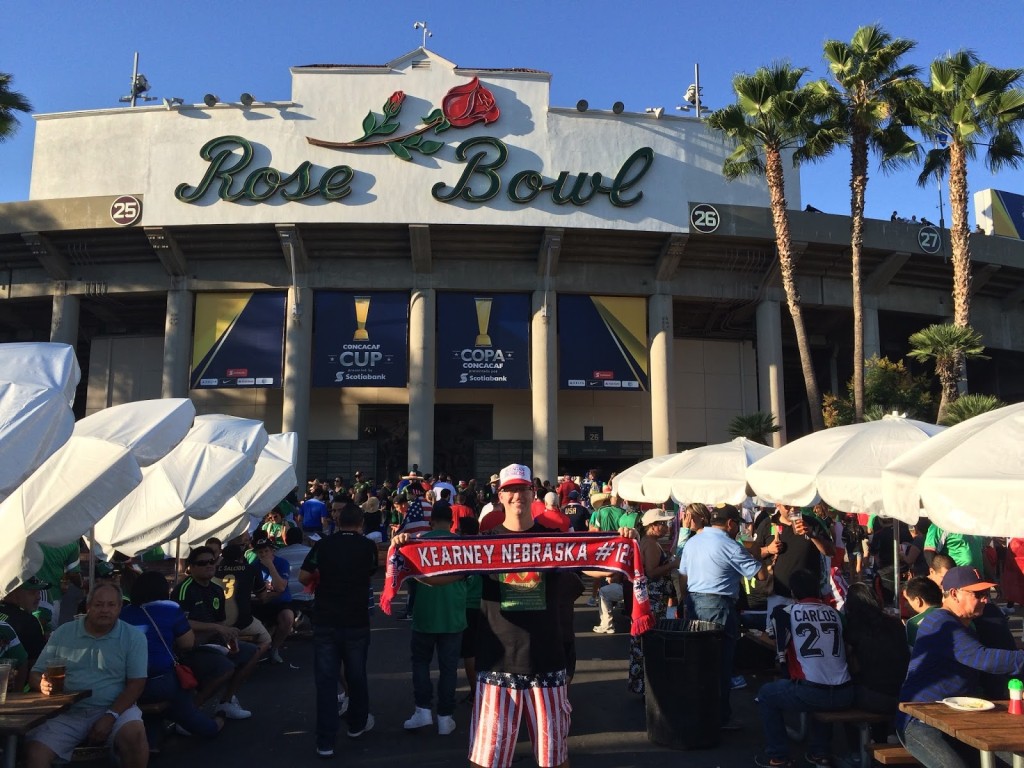 Just a little over a week ago, I had the opportunity to make a quick weekend trip out to the Rose Bowl in Pasadena, CA to attend the USA vs. Mexico soccer match in the CONCACAF Cup, with a berth to the 2017 Confederations Cup in Russia on the line. By now everyone knows the result………Mexico defeated the United States in a thrilling 3-2 match that went into overtime, and was won in dramatic fashion when Mexico’s Paul Aguilar scored in the 118th minute.

After reflecting on the game itself and the atmosphere inside the stadium, which featured a capacity crowd of nearly 95,000 people (more on that later), I began to ponder if this was the single greatest sporting spectacle I’ve ever been to. As an avid sports fan, I’ve attended college football games, MLB playoff games, NBA and NFL games, NCAA basketball tournament games and even the last two World Cup Soccer Tournaments. While those events were all amazing, I’ve come to the conclusion that outside of the 2014 Mens World Cup in Brazil, the USA-Mexico clash in the Rose Bowl sits at the top of my list.

I approached this epic game as an optimist. I thought the US could win. I believed Jurgen Klinsmann would continue his mastery over Mexico. I had visions of a 50-50, or maybe a 60-40 split in fan attendance. And I knew once again the American Outlaws would be out in full support of our beloved USMNT. Well………one out of four isn’t bad I guess. The Outlaws definitely brought their A game, with a boisterous presence of nearly 5000 members in attendance; but other than that, I was wrong on all other accounts.

The crowd…………what can I say, other than it was in a frenzy from the opening whistle to the final trophy presentation. It’s estimated that nearly 70,000 Mexican fans were in attendance, dramatically outnumbering the US fans, although not to the extent it was during the 2011 matchup in the Gold Cup final also played at the Rose Bowl. There’s no doubt that US Soccer is gaining momentum in our country, and that was clearly on display outside the stadium, at the tailgates, as well as in the stadium and of course, in the American Outlaw supporter’s section.

It’s worth noting that as my group of friends (a collection of AO members from a little bit of everywhere, but primarily Nebraska), entered and exited the stadium, in what could have potentially been a tense and explosive environment due to the emotions of the game, we witnessed a great deal of sportsmanship from fans of both sides. Of course there’s always some good-natured gamesmanship, along with plenty of singing and cheering, but overall I found the Mexican soccer supporters to be very gracious in victory. We shook hands, high-fived, posed for pictures, and accepted the fact we had just gotten beat by a superior team.

Therein lies the beauty of sports and in particular the game of soccer. The game was tense, emotional, exhausting, exhilarating, and when it was all over, the reality set in, it was JUST A GAME, and on this day, Mexico was simply better.  Nothing more, nothing less; we lost, they won, end of story. We have all sorts of issues and problems in our society today, but for 120 magical minutes at the Rose Bowl, soccer brought people together from all over the country, from all walks of life to watch a game, cheer for their team, show pride in their country, share their culture, wave their flags, sing their songs, and admire two teams playing their guts out representing their respective countries.

Whether you were cheering for the Stars and Strips in the American Outlaws section or rooting for El Tri in Pancho Villa’s Army, you certainly got your moneys worth at this one. For me personally, it will undoubtedly go down as one of the greatest sporting events I’ve been a part of. 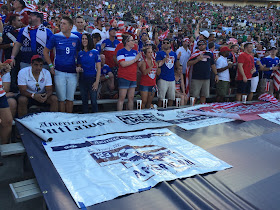 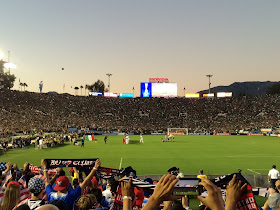 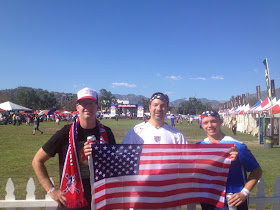