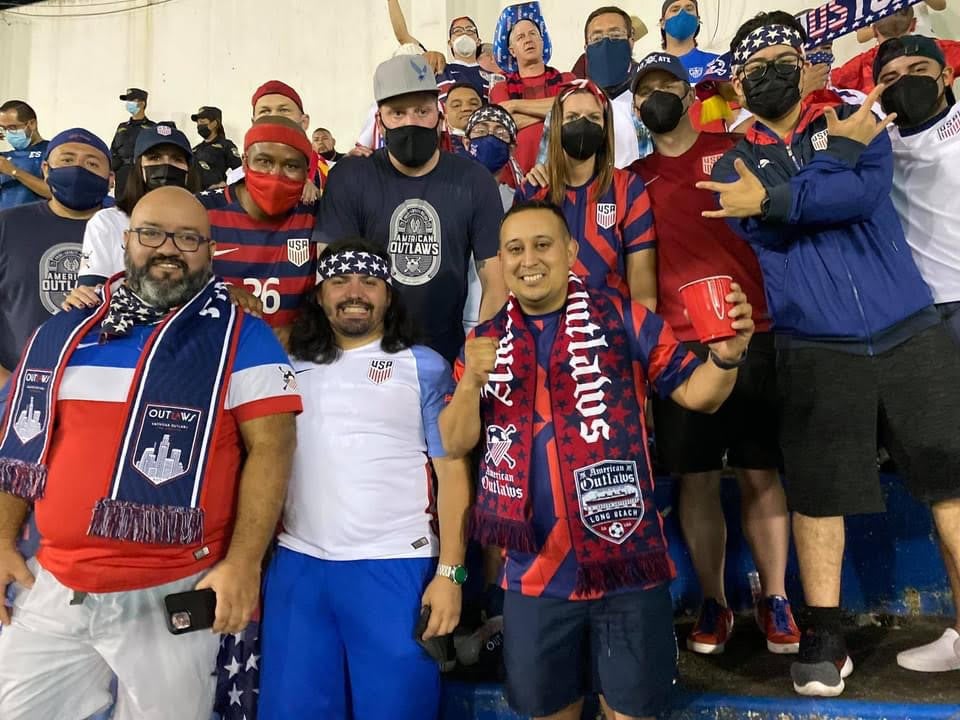 It’s Hispanic Heritage Month, and we wanted to feature a few of our members who keep our chapters and organization running from coast to coast.

How’d you get into soccer – and eventually the U.S. National Team?

I went to the Rose Bowl with a friend for a game between two other national teams. I didn’t know much about the sport then, but I enjoyed it – except I didn’t cheer, as it just didn’t feel right. The next day, I decided to look more into the sport and what felt right to me – and that was the U.S. National Team.

What got you into AO?

I read about AOLA during the 2010 World Cup, but the U.S. was out by the time I could get to a watch party. The next January, the U.S. played Chile in a friendly in Carson. I didn’t sit with AO that game, but I could see them standing and cheering for 90 minutes, the drums – the whole atmosphere going on in that section. I knew right then and there I was joining AO.

You went down to El Salvador for the World Cup qualifier last month. As a Salvadoran American, what was that experience like?

A lot of AO who know me knew I was really hoping that game would happen. As soon as it was set, I was ready to help in whatever way I could. I wanted to show my AO Family more of who I am.

Then gameday finally came. Riding the bus to the stadium, I was a bit nervous about how things would go. I couldn’t have imagined how friendly people were to us, though. They applauded us when we walked into the stadium. We were treated like celebrities – people taking pictures with us left and right.

I wish we would have gotten three points, but we still got one.

What does the AO Family mean to you?

Whether it’s a home or away game, you see someone else with AO on and you know “This is where I belong.”